Arkansas Secretary of State is working for you. Learn more about our latest initiatives.

The Board of Apportionment consisting of Arkansas Secretary of State John Thurston, Governor Asa Hutchinson, and Attorney General Leslie Rutledge met on November 29, 2021, and adopted the Arkansas State and House maps. Redistricting is required by law every ten years to redraw political maps based on population changes revealed by the decennial census.

To view the adopted maps, visit the Arkansas Redistricting website.

About the Secretary of State

Click here to find more information regarding this constitutional office and its responsibilities. Contact the office in Room 256 at the State Capitol or by calling 501-682-1010. For scheduling requests for Secretary Thurston, please email details of the event to scheduling@sos.arkansas.gov. 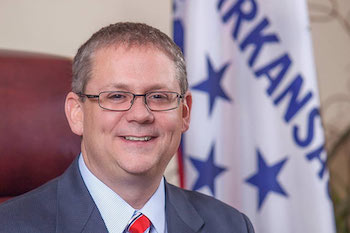 John's vision for the future is that the Secretary of State along with Arkansas government will lead the nation in the area of ethics and accountability.